The mobile app market continues to grow and over half the world has a smartphone, that’s nearly 3 billion global mobile users. With so many potential global customers, apps developers looking to enter the global app market or to generate visibility in their current market are in a constant competition to create visibility for their app.

Whether developers are looking for an audience in their current market or want to expand into the global app market, they should consider adopting an App Store Optimization strategy in the early stages of mobile development to adjust an app’s metadata in its original territory or when localizing its data to maximize the app’s appeal on a global scale. Developers who take the initiative to localize their metadata not only increase their conversion rates, but also increase their revenue by roughly 25 percent.

App localization is necessary to appeal to users on a global scale and incentivize users in foreign territories convert.

What is Localization and Why Does It Matter?

App localization is more than just translating an app into another language. The localization process means adapting an app to meet the language and making it locally relevant to the cultural requirements for a specific market.

Incorporating an ASO strategy into the localization process helps app improves an app’s metadata to generate discoverability and drive conversion in the new market. Some examples of countries with high volume mobile app users that are good to target are China, the US, Japan and the UK.

How to Implement a Global ASO Strategy

Search accounts for 65 percent of downloads, making it important for an app’s metadata to be relevant and easily discoverable in user searches. The metadata cannot just be translated into the intended language. Instead, developers need to adapt their keywords, title, description and screenshots to become relevant to user searches in foreign territories.

The steps to localizing an app’s metadata go as follows:

Developers looking to expand their app’s reach to foreign territories need to pay attention to their target audience, user behavior and trends before they start choosing keywords that are specific to user searches.

Often, developers have already been monitoring user trends and behavior in the app’s original territory. It’s imperative to monitor what trends and features the intended audience are interested in on global scale, or at least the foreign territories the developer intends on deploying their app in. Based off user behavior and trends, developers can localize their app’s metadata to become visible and localize their screenshots to convert users.

Keywords need to specific to the user trends, which are different across markets and regions. Keep in mind that there will be differences even among English speaking territories like the US and UK. Despite there being different trends across territories, developers don’t have to change the app’s name but should use different title tags to be relevant in the language of choice.

Developers can do a direction translation of the name and description, but should keep in mind that it may not improve conversion in the foreign territory.

When it comes to localizing the app title, developers need to be careful and make sure to use important keywords that express the app’s core features toward the beginning of their title tags.

The creatives, otherwise known as the screenshots, need to be localized to target users in a new territory. Screenshots should reflect elements from the country being localized to appeal to users. 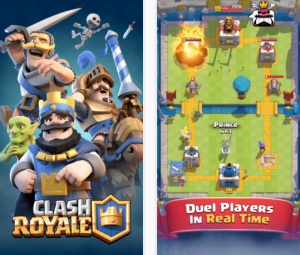 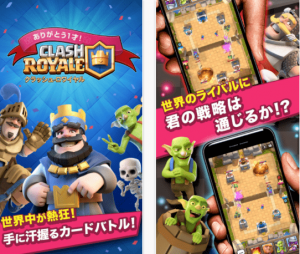 Screenshots being localized for specific territories need to feature people that represent that culture. For example, when localizing for Asian territories, apps that primarily feature Americans are less likely to convert.

Anyone looking to expand their app’s reach in the current market or on the global app market need to use ASO best practices to make specific adjustments to their metadata to drive visibility and appeal to the intended audience.

Localizing an app’s metadata through App Store Optimization is necessary for any developer to see any success internationally.  Doing a direct translation of an app’s metadata through free sources like Google Translate may not be best for localization efforts and may even hurt your app if your users see that the language doesn’t read as naturally. Monitor user trends and behavior before determining which keywords to target in foreign territories and implement the new keywords to convert more users.